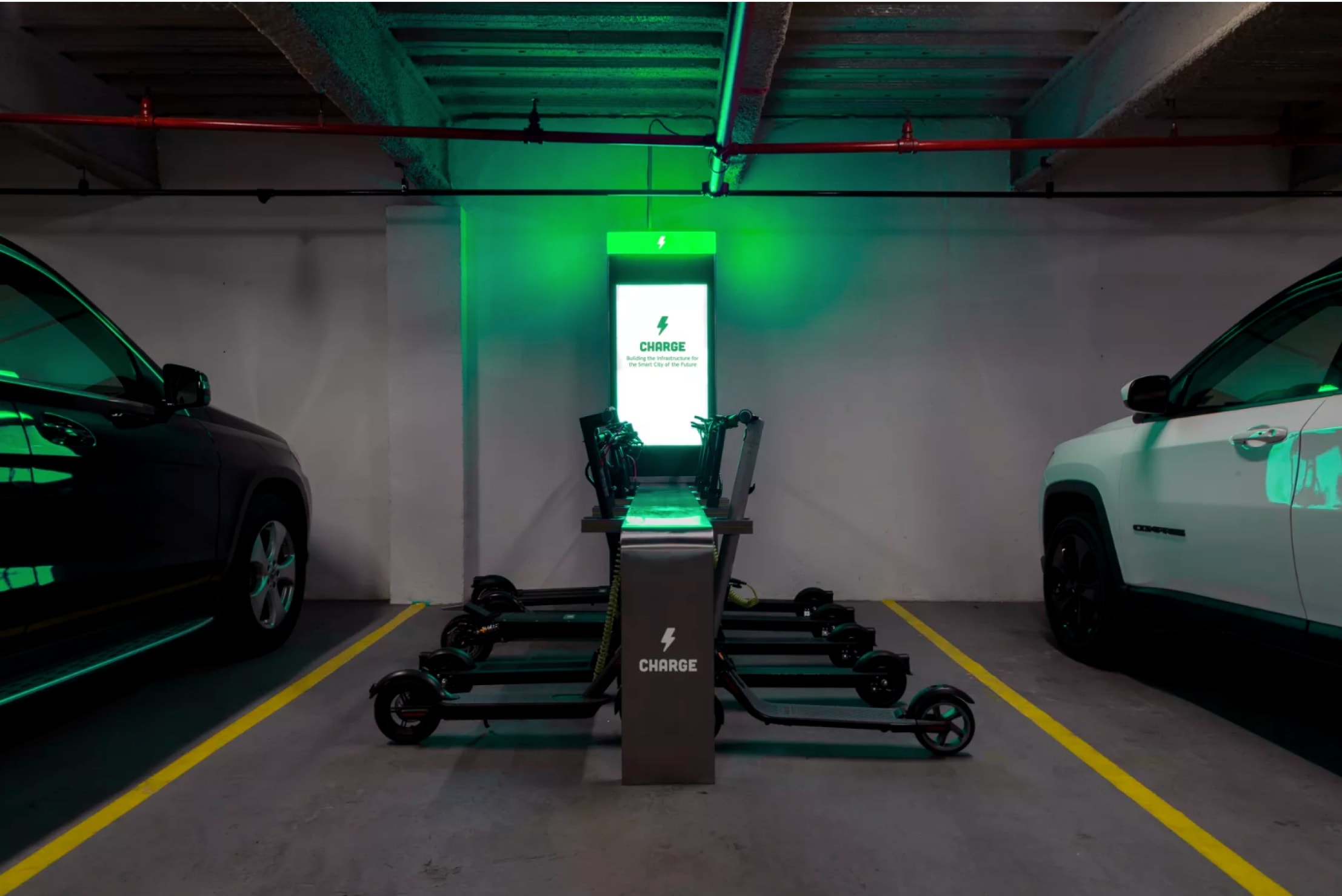 These e-scooter docking stations could soon pop up in NYC

Micromobility docking company Charge is betting that the e-scooter ban in New York will be overturned, even as momentum stalls on a package of bills that would bring electric scooters and throttle e-bikes to the city’s streets. The New York-based company unveiled a plan to bring nearly 400 electric charging stations for micromobility vehicles to privately owned, publicly accessible spaces throughout the city come the legalization of those modes of transportation.

The docking stations, designed by Arup and Boyce Technologies, could support up to 10,000 e-scooters and would be housed in parking lots, garages, gas stations, and other off-street locales, answering policymakers’ concerns about where such infrastructure could be incorporated onto the city’s already-crowded sidewalks. Users would be able to locate docking stations through a map on the Charge app, which would also identify available vehicles and their level of charge.

The docking company anticipates that shared mobility companies like Lime and Bird will cover the cost of docking their e-bikes or e-scooters at Charge stations, while riders of personal vehicles will pay a monthly subscription fee that will cost less than a monthly MetroCard.

Charge has already partnered with LAZ Parking, Imperial Parking, Big City Parking, and Little Man Parking, and will continue seeking out partnerships as the proposed legalization of e-scooters and throttle e-bikes—pedal-assist e-bikes are already legal—plays out in local government.

“Charge is an elegant solution for cities to take back their public space by carving out a home for e-bikes and scooters,” said Andrew Fox, Charge co-founder and CEO. “As New York considers the legalization of e-scooters, they should learn from other cities’ mistakes and utilize our proprietary docking system to clean up the sidewalks, boost green transportation and give New Yorkers access to an efficient means of getting around.”